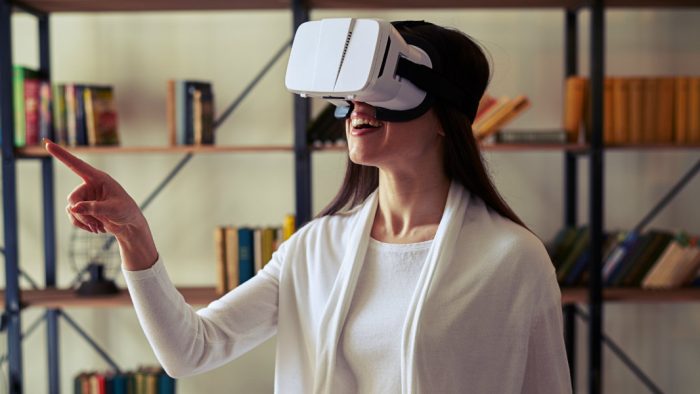 2. Major Brands Are Investing in VR

About 75 percent of the Forbes World's Most Valuable Brands have created some form of virtual reality or augmented reality experience for customers or employees, or are themselves developing these technologies. Given that this study was conducted in October 2015, the number is likely significantly higher.

3. Virtual Reality Doesn't Have to be Expensive

The idea that virtual reality is expensive to produce comes up over and over from businesses interested in creating an experience. The truth is although virtual reality can be expensive, it isn't always expensive. Like most things, virtual reality's price greatly depends on the scope of the project. Companies can spend hundreds of thousands of dollars investing in the technology. However, other companies like YouVisit can create the same type of experience with costs ranging in the low to mid five figures.

While immersive experiences (depending on the definition) have been around for decades, the actual term most people use to describe them is relatively new. The term "virtual reality" was conceived by Jaron Lanier in 1987, during an intense period of research around this form of technology.

Strapping on a virtual reality headset is an amazing experience. In fact, it's so realistic that you almost feel as if you're visiting a location or taking part in an activity. But the key word in this sentence is "almost." Virtual reality isn't meant to replace real life, but instead enhance it. One of the best examples of this is how the travel industry uses virtual reality. For destinations and hotels, virtual reality is a research tool that enables potential guests get a glimpse of what it would be like to visit or book a room.

6. Some of the Best Applications Have Nothing to Do with Gaming

7. Google Cardboard Was a Side Project

The Google Cardboard platform was developed by David Coz and Damien Henry. The two engineers developed the project as part of Google's"innovation time off" program in which engineers are encouraged to spend 20 percent of their time working on projects that interest them. Thankfully, Google backed the project, and Google Cardboard is now one of the cornerstones of scalable virtual reality.

9. Healthcare Is Big on Virtual Reality

From diagnostics to treatment to practicing difficult surgical procedures, health care institutions are incorporating virtual reality into many facets of the industry. By combining diagnostic images from CAT scans and ultrasounds, health care professionals are able to use software to create 3D virtual models to help surgeons decide the best locations for surgical incisions and prepare for surgery.

Both NASA and the U.S. military are investing in virtual reality. NASA uses the technology to try to connect engineers with the devices they send into space. Using the Oculus, and motion sensing equipment from the Xbox One gaming console, NASA engineers are developing ways to control a robotic arm with gestures made by the operator here on Earth.

The military uses VR to train soldiers before they are deployed. The simulated scenarios provide opportunities for teams to work together in immersive, realistic environments to better prepare them for the chaos of combat.

Who hasn't wanted to walk down the streets of Venice, or escape to a tropical climate during a particularly rough winter? Some with a travel bug may find that they can partially feed their need for travel through virtual reality. In the fall of 2015, Marriott boasted about its ability to transport clients from London to Maui in 90 seconds, thanks to Oculus. The concept behind the campaign was that people would be inspired to travel, and book with a Marriott hotel.

Virtual reality enthusiasts can't point to a single person who is responsible for the creation of VR. Instead, many people contributed to the technology's growth. There are at least five people who can lay significant claim to the title: Morton Heilig, Jaron Lanier, Douglas Engelbart, Ivan Sutherland, and Myron Krueger.